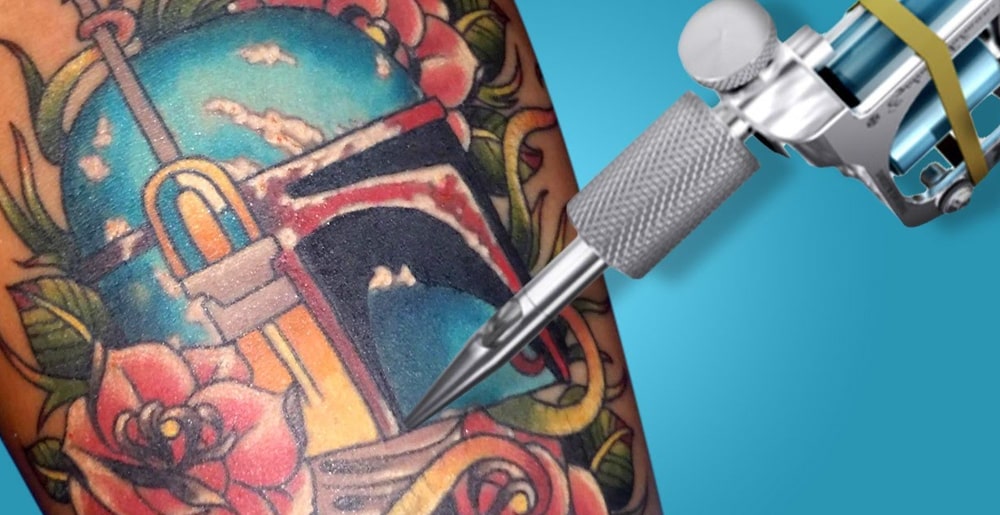 People are getting Star Wars tattoos today simply to remind themselves of their childhood. Many adults today can tell you exactly when, how many times and where they saw the Star Wars cinematic universe and the feelings that it brought to them. Even though the series continues today, there is something surreal about the iconic images of Darth Vader, the Death Star, the Stormtroopers, or lightsabers, that really brings you back the cherished memories of childhood. The characters of Star Wars are memorable and one can never forget them. The new generation appreciates everything about Star Wars, but they also incorporate their twist on the designs to make them their own by making them creative and unique. Let’s have a look at some Star Wars Tattoo ideas.

Below is the list of 20 Star Wars tattoos that are creative and in trend these days.

This tattoo is one of the most preferred tattoos of Star Wars fans. Master Yoda Tattoo symbolizes the grand and fascinating powers of the Galactic Empire. It also reflects the personality of the person who gets this tattoo. This tattoo denotes patience and enlightenment and makes you stand out from the rest of the crowd. This tattoo is mainly on the arms to make it easily visible.

Obi-Wan Kenobi is one of the famous characters of Star Wars. This tattoo represents the love for the Jedi. This tattoo is in various styles and is mostly for the forearm and on the chest.

Darth Vader is the main antagonist in the original trilogy of the Star Wars franchise. His tattoo has become extremely popular because of its powerful character and evil nature. Darth Vader Tattoo signifies the fearful nature of the person but also his courage to fight.

This Tattoo is popular because of its unique style. Darth Maul is trained as Darth Sidious and recognized as a Sith Lord. He is a master of wielding a double-bladed lightsaber. This tattoo is eye-catching and has inspiring imagery. It is preferable on the arms, back, and upper arm.

The Millennium Falcon is a fictional starship in the Star Wars franchise. After it was featured in the Star War series, this tattoo became popular among the fans. This tattoo is of different sizes and colors. Millennium Falcon has an elongated appearance and looks extremely unique which is why its tattoo is high in demand. It is on forearms or hands.

In the Star Wars cinematic universe stormtroopers come under the leadership of Emperor Palpatine and form the main ground force of the Galactic Empire. This character can be demonstrated by both male and female gender. This tattoo signifies a desire to be powerful like a Stormtrooper.

This tattoo is another popular fictional character in the Star Wars series. Sith Lords chose the dark side of the Force and used it for gaining power. This tattoo shows the devotion to Sith tradition. You can go for this if you believe in the Sith practices. This tattoo can also signify immense power.

Anakin Skywalker is the main protagonist of the Star Wars movies and he has the power to become one of the most powerful Jedi ever. It is also one of the most admired characters of Star Wars. The size of this tattoo depends on the preference of the person who wants to get it.

Ahsoka Tano is a female character who is very powerful. This character is also called Snips as well as Ashla after the Clone Wars. Different colors can be used to make this tattoo and it is usually preferred on the arms.

Boba Fett is an armored bounty hunter in the Star Wars. His career spanned from the fall of the Galactic Republic to the rise of the Galactic Empire. This tattoo reflects the personality of a warrior and signifies strength and courage.

The lightsaber is the weapon of a Jedi. It is an elegant weapon of an age that is more civilized. It is to cut through blast doors as well as the enemies. This tattoo is really fascinating as it shows luminescence coming out of sword-like weapon.

Princess Leia was one of the Rebel Alliance’s greatest leaders who was fearless on the battlefield and dedicated to ending the tyranny of the Empire. This tattoo signifies courage and power.

Chewbacca is Han Solo’s partner in crime and the co-pilot of the starship known as Millennium Falcon. He is one of the most loved characters of the Star Wars franchise. This tattoo demonstrates friendship and loyalty.

BB-8 is a droid in the Star Wars universe. This tattoo is extremely cute since the droid is round and it signifies trustworthiness and loyalty.

The entire Star Wars franchise is full of wise words which are uttered by both the good and the bad characters. One of these wise words is ‘Until we reach the last edge, the last opening, the last star, and can go no higher and this truly makes a good tattoo idea.

Padme is Anakin Skywalker’s wife and one of the controversial characters of Star Wars. This tattoo can be used to demonstrate unconditional love and strength.

Baby Yoda, also known as Grogu is a character from the Star Wars Disney+ original television series The Mandalorian. This extremely cute character is also powerful. This tattoo can take up any size as per your preference.

Tatooine is the home planet of the protagonist of the Star Wars Trilogy, Luke Skywalker, and his father, Anakin Skywalker. Shots of sunset on this planet are one of the iconic images of the series. This tattoo is extremely warm and beautiful.

May the Force be with you Tattoo

This phrase from Star Wars movies is used to wish an individual or group good luck or goodwill. Hence, being a noteworthy phrase known by every Star Wars fan, it makes a great tattoo idea.

R2-D2 is a fictional robot character in the Star Wars franchise and was Anakin’s loyal helper and sidekick. The tattoo of this character signifies loyalty.

Considering how huge the fan base of the Star Wars franchise has been for decades, it shouldn’t come as a surprise that many people love getting Star Wars tattoos. There are plenty of great Star Wars tattoo designs to choose from but we have mentioned the best ones above. These tattoos show the love for the Star Wars universe and its influence on the individual.