Riley Reid Tattoos on her body

Where?:  On the right side of her upper back

Yin Yang is a concept of dualism, the good and the bad, and how these forces attract each other. Yin Yang tattoos are quite famous amongst people who like getting tattoos.

Where?: On the left side of her upper back

Where?: On the right side of her back

This tattoo is near her Ying Yang Heart Tattoo. Peace sign signifies peace.

Where?: Along her spine, Highlighting it

These Chinese letters together translate to the famous English quote “ When life gives you lemons, make lemonade”, but when we literally translate it word by word, it translates to “Life brings you when lemons make lemonade”.

Riley Reid is a young and very talented adult industry actress. She loves getting quirky tattoos tattooed on her body. Some of her is dedicated to her work and some signify peace, love, harmony, etc. Whether she is going to get new tattoos inked or not is known but it’s very likely that she will get in the future. 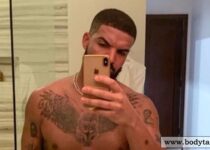 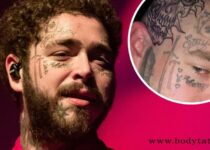