Robyn Rihanna Fenty was born on 28th February 1998 in Saint Michael and raised in Bridgetown, Barbados. She is a singer, actress and a businesswoman. Rihanna was discovered by Evan Rogers who is an American record producer. She is in association with various humanitarian, cultural, and philanthropic causes. Let’s have a look at some of Rihanna tattoos.

Rihanna has 25 known tattoos till date. She is well known for demonstrating her personality through tattoos. Every tattoo that she has got a meaning behind it. Below is the list of all her tattoos along with their meanings and location on her body.

Rihanna Tattoos With Their Meanings

Rihanna got this tattoo in the year 2012. This tattoo is of Egyptian falcon. This tattoo was inked by a New York tattoo artist named Bang Bang. Falcon demonstrates a light that shines in the darkness. This tattoo is a cover up for the musical notes tattoo that she got inked with in 2006.

Where? – Behind her right ear

Where? – Waist to hip

The Sanskrit tattoo that she got means long-suffering, truthfulness, self-restraint, inward calm, fear and fearlessness. She wanted to get this tattoo on the back of her legs but on the suggestion of the tattoo artist ‘Bang Bang’ she changed the location.

Where? – on the inside of the outer ear

Where? -Left side of her ribcage

The Arabic tattoo is read as ‘Al Hurria fi Al Maseeh’ and it means freedom in God.

Where? – On her back

She got a star tattoo on her back in Los Angeles and later added more stars to that tattoo in New York. It has no meaning behind it.

RiRi got this tattoo in 2008 when she was in Miami. This tattoo is topped with a cute pink bow to make it look more feminine.

Where? – On her left shoulder

This tattoo represents the birth date of Rihanna’s best friend named Melissa. Melissa has got inked with RiRi’s birth date too.

Where? – On her right hand

This tribal tattoo represents strength and love. She got this tattoo when she was in New Zealand in 2008. It is also a cover up for her Chevron pattern tattoo.

Where? – Right side of her ribcage

Like most of Rihanna’s tattoos, this one was also made by Bang Bang. She got this tattoo as a birthday gift for her best friend. She wanted to get two handguns tattoo but later decided to get one when suggested by her tattoo artist.

All the tattoos of Rihanna depict something close to her heart. She began her tattoo journey to show her love for art and culture in the year 2006 and has been continuing the same to this day. The tattoos that she got have deep and interesting meanings. At the same time, there has been no compromise on the creativity and safety. Rihanna’s favourite tattoo artist is Bang Bang because of his honesty and enthusiasm in art. 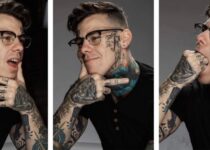 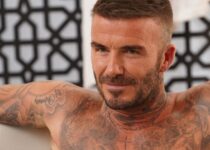