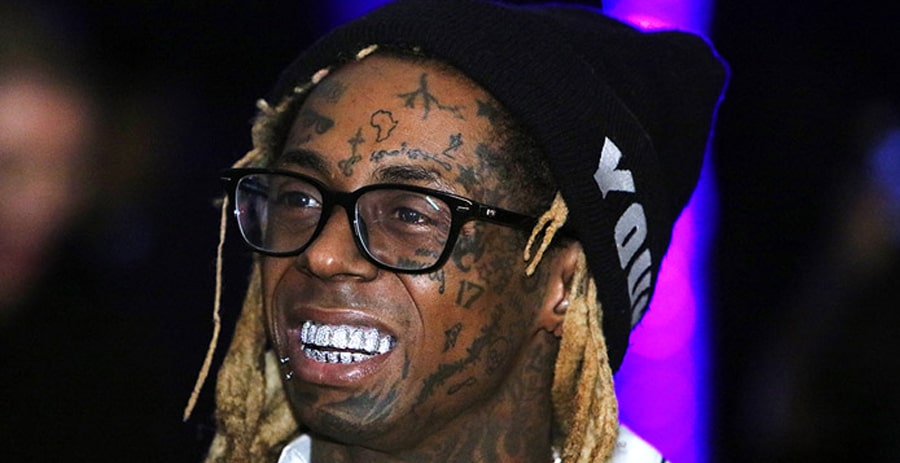 Dwayne Michael Carter Jr. or Lil Wayne is an iconic rapper in the music industry. He in fact started his career when he was just 13 years old in the year 1996. He was actually Birdman’s discovery at the age of 8. Lil Wayne has in fact been making hits since his 1999 album ‘The Block is Hot’ which was certified platinum. Lil Wayne is also a body art enthusiast. Drake got a portrait of Wayne as a tribute to the legendary singer. Lets have a look at some of the Lil Wayne Tattoos.

Lil Wayne Tattoos On His Body

Where?  : Left side of his face

Lil Wayne has got 9 stars inked on the left side of his face. Furthermore, some of which are done in UV or are glow in the dark tattoos dome for special use.

This tattoo is dedicated to his song ‘misunderstood’ from his 2008 album “The Carter III” which is as a matter of fact done in UV.

Lil Wayne has got the logo of Young Money Entertainment on the back of his neck which is a tribute to his foundation. Additionally, he joined Cash Money Records when he was only a teenager.

Where? : His left ear

Lil Wayne is the most famous Bloods member and in fact shows his loyalty of the band by this tattoo I’m printer under his left ear. And besides, Soo Woo is a slogan used by the Bloods members.

Where? : Under his sideburn

Wayne has 5 strike tattoos and lightning coming from a cloud under his side burn. This tattoo was in fact inked by tattoo artist Dow Hokoana.

Where? : Upper side of left eyebrow

Lil Wayne has got Arabic words reading “momma’s boy” engraved at the upper side of his left eyebrow.

Lil Wayne has a tattoo of number 17 inked on his face which additionally represents the 17th ward of New Orleans where he grew up.

Where?  : Eye Lids and forehead

Wayne has this tattoo on his eyelids and a “C” between his eyes and represents the initial of the forts name of his mother – Cita and Carter, which is in fact his last name.

Lil Wayne actually has this tattoo on the left side of his forehead. It represents the Baker skateboard brand and got this tattooed in the year 2013.

Where?  : Left side of his face

Lil Wayne has a tribal symbol on his face too. As a matter of fact he replaced the previous teardrop tattoo with this one.

It is possibly his most controversial tattoo. He priory confessed that it represents the four people of his family who’ve passed away. These tattoos are in fact supposedly controversial because teardrops on the face represents someone you’ve killed but Wayne doesn’t admit to this.

Where?  : Above Right Eyebrow

Wayne got this tattoo because he thinks he is contributing so much to the music industry and furthermore also believes that he himself is in fact music. What is more is that he reminds his fans about the single purpose of his life through this tattoo, and that is to make music to entertain.

This tattoo looks like cracks coming from his hairline and veins coming out from his forehead. It indicates stress or migraine. Lil Wayne also told the audience in one of his YouTube videos that the tattoo was inspired from the Frankenstein’s monster.

Where?  : Right side of Neck

Wayne feels a special connection to guns but in fact it is unclear if these references are pointing to his arrest and jail time in 2007. He was jailed for illegal gun possession. In fact he shit himself as a kid with his mom’s gun or the tattoo maybe a mixture of both these traumatizing events.

Some Other Famous Lil Wayne Tattoos On His Body

Just like many other artists in the music and film industry, Lil Wayne too tries to express his emotions of agony as well as ecstasy through inking on his body. He has got many tattoos inked on his body in fact as a tribute to people who matter or mattered in his life.