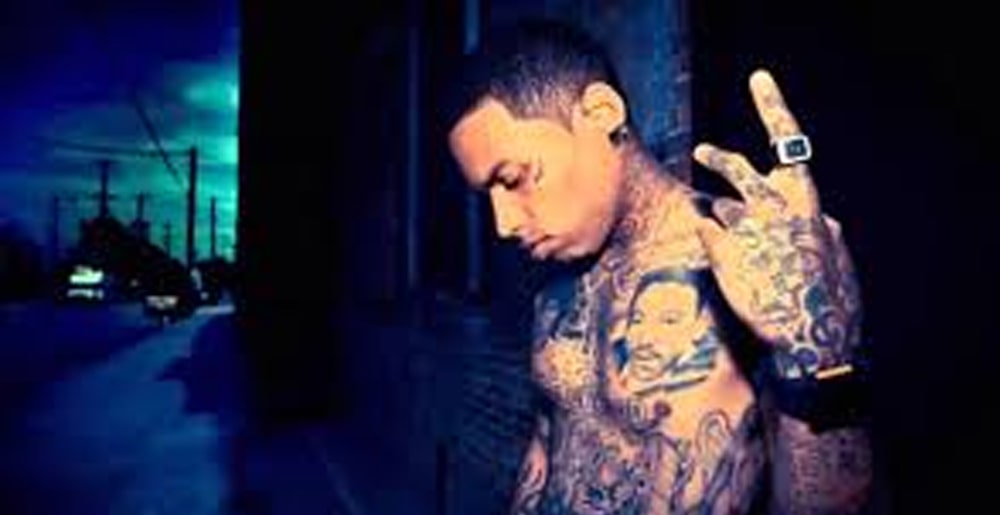 Scott Ramon Seguro Mescudi (also known as Kid Cudi) is an American rapper, actor, singer, and record producer. He started as a rapper in the year 2003. He wanted to join the Navy but his career choices did not go as planned because of his juvenile police record. Other than ra, he also explores the genres of hip hop and Alternative music. Like many of the other rappers in the industry, Kid Cudi has also inked his body in many areas. Some of the most popular Kid Cudi tattoos are in this article.

Kid Cudi Tattoos on his body

His right forearm has multiple tattoos like an open pair of hands, a spooky face, and a sacred heart. The sacred heart is a symbol that is most revered among the Roman Catholics and represents the divine and unconditional love of Jesus for all of humanity. Jesus showed his undying love for humanity by sacrificing himself.

Kid Cudi has inked the word ‘PINK’ in pink colour on his right hand which is a tribute to the veteran Rock band, Pink Floyd, in the year 2012. Kid shares an amazing bond with the songs of this band because he grew up listening to them in his teenage years. Pink Floyd gained recognition all around the world due to its psychedelic space-rock and blues-based progressive rock.

Where? : Left and right wrists

Kid Cudi has got two red slash marks on each of his wrists as a source of motivation. It means that he killed his old self and has grown into a completely new individual. The slash marks remind him of his transition from the ‘old he’ to the ‘new he’ and motivates him to be a better version of himself each day.

Where? : Left side of his neck

Kid Cudi has got a smiling face of his baby girl inked on the left side of his neck. His daughter, Vada Wamwene Mescudi, was born to Kid and Jacqueline. He lost full custody over his daughter after sending a range of threatening messages to his ex wife for days in a row. Cudi is still too emotionally close to his daughter and he doesn’t shy away from acknowledging this fact. He takes care of his family a lot.

Kid Cudi has got the letter ‘K’ tattoo on his left forearm which represents the logo of independent K records. It was a tribute to the independent record label. It was formed in the Olympics, Washington in the year 1982. The formation of this label marked the beginning of independent records in the art and music industry. They’re credited with the development and foundation of independent music since the 1980s.

Kid Cudi inked a portrait of Kurt Cobain, the lead singer of Nirvana, in his left arm. He revealed the tattoo on his Instagram handle last year in August. It is the portrait of Cobain from one of his appearances in VMAs. He wore glasses, his signature ratty cardigan and a shirt which had ‘Hi, How are you’ written on it which was also the title for Nirvana’s 1983 album.

Kid Cudi has some of the most beautiful ink works on his body, some are dedicated to his daughter and his wife, and some to his religious beliefs. Many of his fans have got the same tattoos inked on their bodies and some of him as a tribute to their favourite rapper. His tattoos are one of the most talked about tattoos in the rap industry.