Johnny Christopher Depp II is an American producer, actor, and musician. The famous personality is known for his role as Jack Sparrow in the Pirates of the Caribbean series. He is one of the greatest actors in Hollywood today. He has been nominated for the Golden Globe awards ten times in his career. Apart from his acting skills, achievements, his style, his controversial personal life, he is well known for his amazing tattoos. A few of the Johnny Depp Tattoos are listed below with their meaning and location on his body.

Johnny Depp Tattoos On His Body

The Supremacism triangle is a famous painting by a Russian painter. Supremacism is an art which uses a limited amount of colour and have geometrical shapes.

This tattoo was Johnny’s first tattoo. He got this one when he was just seventeen years old to honor his Indian heritage. He made a statement mentioning this tattoo, he said “I started getting tattoos when they were sort of verboten in Hollywood… 1983, 1984. I was 17 when I got the first one a Cherokee chief, to honor my Indian heritage.”

Johnny had a tattoo of his ex- girlfriend, Winona Ryder. After breaking up with her he got it modified with a Wino Forever tattoo.

Betty Sue was his mother’s name. His mother died in 2016 due to long illness. Johnny got this tattoo because he was very close to her and this tattoo gives him a feeling that she is always with her.

The Brave movie was directed and co-written by Johnny Depp in 1997. When explaining the meaning of this tattoo he said “The ultimate questions of our life: where do I go? What do I do? What is this all about?… This eternal confusion. And even more than this, this drawing also represents the idea of always questioning the things you do.

Never stop questioning. You should never stand by without taking a position. You have to face the things that will happen to you, you have to confront the media, the Governments, the people who pretend they know everything and who say they can control your life. Questioning , exploring and investigating everything yourself, that’s the key. Never give up.”

Where?: On the index finger of right hand

Where?: On his left hand

He said that number 3 is sort of a special number and it’s very creative.

Where?: On his chest

It is his daughter’s name.

This movie is very special to him that’s why he got this tattoo.

Johnny was very close to his grandfather, Jim, who died when Johnny was just nine years old.

Where?:  On his left leg

Where?: Near his right wrist

He got this one inked to honor his native American roots and his adoption in the Comanche nation. In native American culture a snake is considered as a symbol of transformation, renewal, and new beginnings.

Johnny Depp is very close to his mother and his grandfather. They always supported him in his life decisions. He got their portraits tatted as a tribute to them. His other tattoos are to honor his culture and native roots. Almost all of his tattoos have a deep meaning and a lesson about life and it’s difficulties, the hardships that you will face in life but you have to sail through it. 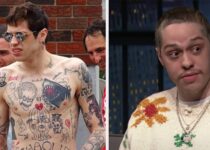 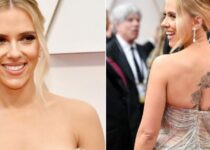 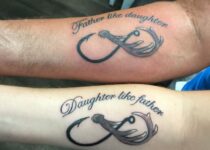