Harry Potter fans are the most dedicated people in the world. The fans of this series don’t come with age limits. Both kids and adults love the unique magic that only the wizarding world of Harry Potter can provide. No matter what your age is or what your path in life is, Harry Potter has a universal appeal. There are many lines, quotes, symbols that have become a part of our lives as we have adapted them. You can find a creative way of inserting your favorite representation of the series into a tattoo design. Let’s have a look at some Harry Potter Tattoo inspirations.

Below is the list of 20 different Harry Potter Tattoos with their meanings:

Hogwarts School of Witchcraft and Wizardry is a fictional British boarding school of magic for the students willing to learn wizardry. It is the primary setting for the Harry Potter series. This tattoo is to pay a small tribute to the British wizarding boarding school.

Dumbledore has always been vague with his words. The most famous saying of this character is ‘Time is all but an illusion at the end. And we’re making fools of ourselves to think that time screws us because we need a valid reason, object or abstract noun to pin our failures on. This quote can be written as to ‘Time is making fools of us again to make the tattoo more appealing.

Phoenix is the animal defender of Dumbledore. One of its tail feathers went to become Harry Potter’s wand. This creature looks magical and it also has healing powers. This tattoo is to signify freedom.

The people with Penguin Patronus are kind and shy souls and they don’t like immediately jumping into any kind of situation. So, this tattoo can demonstrate your shy personality and kind nature.

The Golden Snitch, also known as the Snitch, is the third and smallest ball in Quidditch which is a sport in the Harry Potter series. It is small like a walnut and is golden in colour. A small tattoo of a snitch looks cool and not everyone can tell if it’s a beautiful design or something from Harry Potter.

Every Harry Potter character has his or her own wand which they use to channel their magical powers to get complex results. You can choose the wand of your favorite character and that would make an amazing tattoo.

This tattoo is famous amongst the people who love Voldemort. It’s a long tattoo with a skull and snake surrounding it. It looks a little wild but also creative.

The Harry Potter series comes with many spells to choose from. The Expecto Patronum is undoubtedly the most popular spell in the film series. This spell is extremely powerful and is for the forearms or wrists.

Deathly Hallows symbol tattoo form when the Elder wand, the cloak of invisibility, and the resurrection stone come together. This tattoo is geometric and highly creative.

The names of the four Hogwarts houses are Gryffindor, Slytherin, Ravenclaw, and Hufflepuff. The different houses represent the power and beliefs of each house. You can get a tattoo of the house of your favorite character.

A Horcrux was an object in which a Dark Wizard or Witch had hidden a fragment of his or her soul in order to become immortal. Hence, these objects are an integral part of the Harry Potter series and are a perfect tattoo design.

This tattoo is again one of the most popular tattoos for potter heads. People usually like getting Harry’s famous scar above his iconic glasses tattoo. This miniature tattoo looks great on the fingers and on the wrists.

Watercolor owl tattoos are created using vibrant colors. There are many owls shown in the Harry Potter series but Harry’s owl is loved the most and its name is Hedwig. Hedwig’s tattoo is common amongst the fans of Harry.

The Sirius Black quote scene is quite amazing at the end of the Harry Potter and the Deathly Hallows book/movie. It says, ‘We are a part of you, invisible to anyone else’. If you love Gryffindor, you can get this tattoo.

DA refers to Dumbledore’s Army which was a secret organization for teaching students proper Defense Against the Dark Arts. This tattoo is small but conveys a lot of meaning.

All Was Well Tattoo

Harry Potter and the Deathly Hallows ends with these words. This tattoo is very brief, and cute since it’s a quote that says that, after all, the outcome is what matters most.

As a Harry Potter fan, you know that when you have the Grim, death is a part of your near future. This tattoo is for people who like dark elements in their tattoos. It is also preferred by people who like minimalist tattoos.

The Felix Felicis potion is also known as Liquid Luck, and it grants luck to whoever drinks it for a certain amount of time. It would be a great tattoo idea given the meaning behind this potion.

If Sirius is your favorite character and you can relate with him when it comes to how his freedom was stolen unfairly, then this tattoo is for you since it shows his prisoner number.

The size and complexity of the tattoos depend on the final choices of the person who wants to get inked. Small line drawings are cheaper, and big complex designs are more expensive. But all these tattoos have the tendency and power to connect you to the magical fandom that all Harry Potter fans know and love. 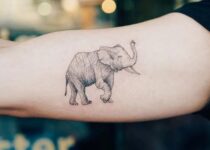 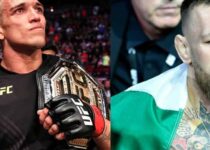 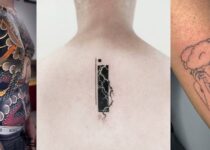