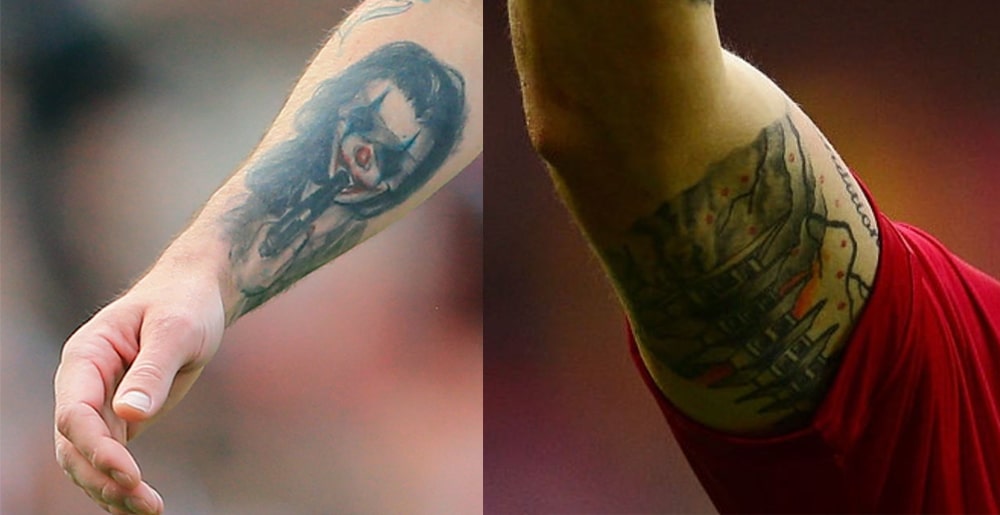 Damien Delaney is a former professional footballer from Ireland. He has played the majority of his career matches as a defender. Damien has also played for popular English premier league clubs like Hull City, Leicester City, and Queens Park Rangers. He had a good football career before announcing his retirement in the year 2019. Damien has also got some good tattoos inked on his body, some of his tattoos and mentioned below with their meanings. Let’s have a look at Damien Delaney tattoos.

Where?: On his left arm (near his elbow)

On this day, he won the ‘Football League Championship play-off final’ held in Wembley.

This tattoo shows that Damien believes or has faith in love.

Heart is a symbol for love and affection.

Upside down portrait of a lady

‘Love Unconditionally’ and a rose

Damien has got ‘Love Unconditionally’ inked with a rose on his right bicep, these tattoos symbolize love, passion and care.

Joker with a gun Tattoo

Where?: On his inner right forearm

The famous DC villain, Joker, is inked on his right forearm. There is a possibility that Damien might be a DC fan.

Where?: around his right wrist

Damien has got a few tattoos inked on his body, most of his tattoos symbolize love, passion and affection. He has also got a tattoo of his achievement. The joker tattoo shows that he might be a DC fan or Joker fan.