Christopher Maurice Brown (born on 5th May 1989) is an American songwriter, singer, actor, and dancer. He is more famously known as Chris Brown. The famous personality wanted to become an artist since his childhood days, he used to sing for the church choir when he was young. He has won various awards throughout his career. Chris is very popular in the music industry because of his record breaking songs. He is also known for his tattoos. The following are some of Chris Brown tattoos with their meaning.

Chris Brown Tattoos on his body

Where?: On his wrist

Joyce was Chris Brown’s Mother’s name. He got this tattoo because he was very close to her.

Where?: On his side deltoids

Chris got this one inked because he thinks his musical talent is a gift from Jesus Christ. It signifies how god blessed him with this talent. This tattoo was his first tattoo.

Where?: On his chest

This one signifies his religious beliefs.

Where?: Across his chest

He got this one to signify his love for music.

Where?: On his stomach

Where?: On his inner Bicep

FAME stands for Forgive All My Enemies. FAME was also the title of his 4th music album which he released in 2012. In an interview Chris said FAME is also an abbreviation for Fans Are My Everything.

Where?: On his right leg

Chris is a huge fan of Dragon Ball Anime. This tattoo is the Dragon Ball.

Where?: On his right leg

Mega Man is one of his favorite cartoon characters.

Where?: On his arm, below Jesus Tattoo

There are two ninjas holding swords, they represent good and evil.

He was born in 1989 which is the year of the snake according to the Chinese Zodiac, he got this tattoo for this reason. The all seeing eye is the sign of Illuminati which many believe he is a member of.

Karrueche was his ex girlfriend. He got this one as a tribute to her.

Royalty Brown is Chris Brown’s daughter. He got this one on her 2nd birthday.

Where?: On his head

Bull is for his Zodiac sign Taurus and Aphrodite is the Greek goddess of love.

Where?: Under his armpit

Where?: On his hand

Chris Brown has got a lot of tattoos inked on his body. Tattoos tell a lot about a person, his personality, what he likes, what he believes, etc. Most of Chris Brown’s tattoos are a tribute to the special people in his life, his religious beliefs, family and his Zodiac. He has also got tattoos dedicated to his hometown, Virginia. 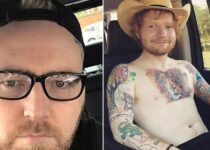 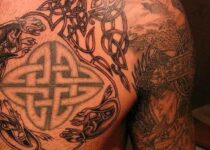 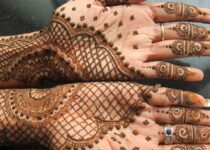