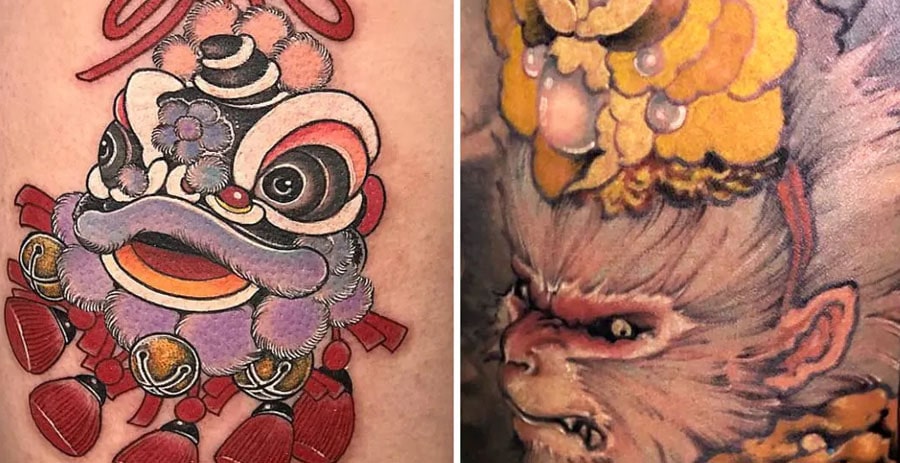 When people get tattoos, they express the concept of being in control of their own body. Some people get tattoos because they find it empowering and aesthetically pleasing. The Chinese calligraphy tattoos are extremely popular and are present worldwide. Single letter Chinese tattoos are the most common form of Chinese tattoo designs. They are simple and beautiful. They look complex and convey deep meanings. The Chinese letters symbolize powerful concepts singularly. A single letter can mean good luck, love, courage, destiny and what not.

In ancient China, tattooing was a fringe practice. It was either for criminals or ethnic minorities. The faces of the people who committed the serious crimes had to be covered with tattoos before sending them to exile. When these people came back after completing their exile, they were still considered criminals because of the tattoos. In modern China, tattoos are still stigmatized. But in the past decade, people’s mindset has changed for the better. The more celebrities and athletes get tattoos, the lesser the stigma gets. Now people view it as a sign of empowerment, a sign of entitlement to their own body. Mainly youngsters are more influenced by the tattoo culture. They think it’s aesthetically pleasing or that it can convey deep meanings.

Here’s a list of  the most used Chinese tattoo symbols along with their pronunciation and meaning.

In Chinese philosophy, yin and yang (“dark-bright”, “negative-positive”) describe how opposite or contrary forces may actually be complementary and interconnected. One may give rise to the other.

It is a funny way by the Chinese to address an old foreigner. But some people  may consider it racist.

Preferable body parts to get the tattoo on

The dragon is a mythical creature that has long been the most important symbol of power in China. They bringers of good luck.

The immortal phoenix is called feng huang in Chinese language. It signifies peace, prosperity, and rebirth.

The lion like Foo Dog represents guardian spirit of protection. It scares away evil spirits and brings good fortune.

According to the Chinese culture, the Koi Fish brings good luck. It signifies that the wearer has overcome adversity.

This is a symbol of spirituality. It means that the person is devoted to God and he/she believes in him.

China’s exposure to global culture has persuaded young minds to believe that tattoos can be used to convey strong meanings. The tattoos represent phases of life of people, their likes and dislikes, their aesthetics, their belief etc. It’s not just a piece if art, it has meaning. But people also get inked because it’s fun, and it looks beautiful. People shouldn’t be judged on the basis of whether they like tattoos or not. Getting a tattoo is as normal as it is to not get a tattoo. All the individual preferences should be appreciated and respected no matter what.