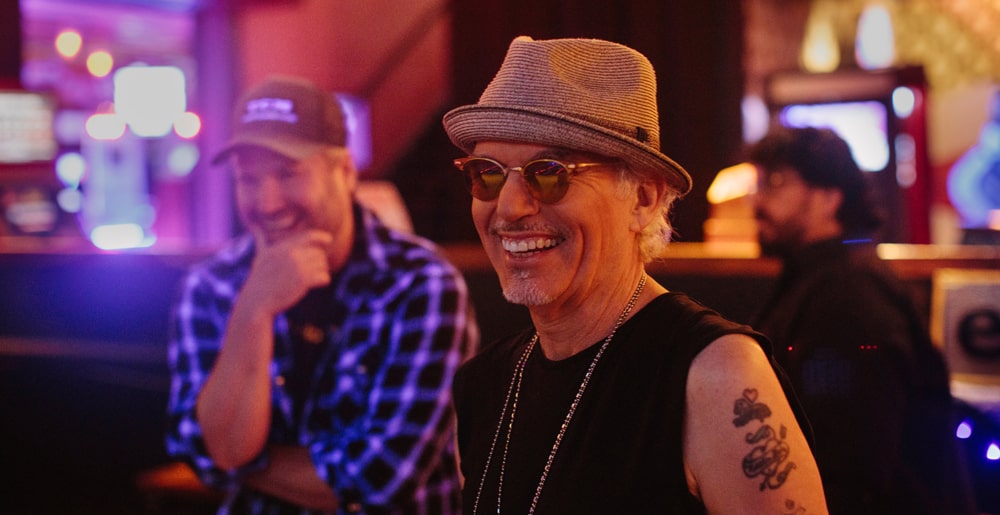 William Robert Thornton, also known as Billy Bob Thornton was born in Hot Springs, Arkansas on 4th August 1955. He married five times and has 5 children. He is a famous American actor, writer, director, and musician known for his versatility and unique personality. Thornton married Angelina Jolie in 1999, but they divorced in 2003. He has got plenty of amazing tattoos all over his body. We have mentioned Billy Bob’s tattoos along with their meanings below.

Billy’s heart tattoo was the first tattoo that he got. He picked it off a wall of flash in a tattoo parlor in Houston. This tattoo is basically his name tattoo in the year 1973. It has faded a bit now.

The Rose Tattoo of Billy Bob

Billy got the Rose tattoo because someone wanted him to cover up an old tattoo. He got this tattoo for a Mexican girl in 1977 in San Diego. The red rose symbolizes romance, love, beauty, and courage. This tattoo also signifies beauty and purity.

This tattoo is also a cover-up that he got in 1998. He got this tattoo by Daemon Rowanchilde of Urban Primitive Tattoo which is in Toronto. Celtic Cross is a representation of knowledge, strength, and compassion to manage life’s ups and downs.

This tattoo is a cover-up that he got in 1998. It’s basically a black tribal abstract with feathers. Billy got this tattoo from Daemon who is his favorite tattoo artist in Toronto.

Billy got this tattoo in 2000 as a tribute to Angelina Jolie. The design is a reference from Allman Brothers which is Billy’s favorite band.

Sacred Ohm tattoo is a symbol of God. He got this tattoo in 1999 by Daemon Rowanchilde. Billy found this tattoo’s design in a book. This tattoo represents divine energy and its three main characteristics, these are creation, preservation, and liberation.

This tattoo says ‘Connie’s got your back, Billy Bob!’ written in caps. Billy got inked with this tattoo to show his love and devotion for his wife Connie Angland.

Billy was browsing through a book which was about a yellow rose named Fantasia. The Lotus is a Buddhist symbol which he got inked in 1998 by Daemon. This tattoo signifies rising above temptation and becoming a better person. In Hindu culture, lotus flowers symbolize beauty, purity, and spiritual awakening.

This tattoo is Billy’s astrological sign. He got inked with this tattoo in 1970. Leo’s tattoo symbolizes the bearer’s pride.

The other tattoos that Billy got inked with are:

Most of Billy’s Tattoos are a cover-up for his old tattoos. Every tattoo that he got inked with has a story to tell. Some of these tattoos were chosen solely to demonstrate art because Billy likes exploring different cultures and their art. These tattoos can be modified according to the bearer’s preferences and their location can be decided by the bearer himself given his comfort level.